Why study in UK?

Uk has a legacy in the academic world. Some of the Universities like the University of Oxford date back to 1096. It has hundreds of years of academic experience.

Uk attracts a wide number of nationals. It is the most diversified country. The world’s top 6 Universities out of 10 belong to the UK.

With excellent teaching facilities, a wide choice of subjects, and the universities, it is the popular choice of students.

It is cheap compared to the USA, Germany, Australia. It is quite popular among the southern countries because the time difference between these countries is less than 8 hours. This makes staying in touch with the family very easy.

There are many work opportunities, scholarship programmes in the UK which makes it a preferred location. Scholarships are offered for graduate as well as postgraduate courses. Some of the scholarships offered are:

If you are doing a postgraduate course or a graduate course, you can work for 20 hours per week and full-time work during the holidays.

Similarly, diploma students can work for 10 hours per week and full-time work on holidays.

The UK is the only country in the world that provides shorter duration programmes. This in turn helps to reduce the cost of education and all other associated costs.
Also, you get the degree earlier and are capable to do a job.

Graduates or postgraduates from the UK are recognized worldwide. Hence, the rate of employability increases once you get an education from the UK.

Euro Edu consultants are specialists in student visas for the UK. We have testimonials from students for being the best UK student visa consultant in Vadodara.

About the UK- Some facts

Wales – It occupies less than one-tenth (9 per cent) of the total area of the UK, covering 20,779 square kilometres

Northern Ireland – It is separated from Great Britain by the Irish Sea and North Channel. It has an area of 14,160 square kilometres and is mostly hilly.

Contribution of different sectors in the Uk’s economy.

According to Wikipedia, the following is the contribution of different sectors in the UK’s economy. This will give you a rough idea of the professions that are in demand in the UK.

“The automotive industry employs 8 lakh people. It had a turnover of 70 billion pounds in 2015, generating 11.8% of the UK’s total export goods”.

“The Uk motorsport industry employs 41000 people, comprises around 4500 companies and has an annual turnover of around 6 billion pounds”.

“The pharmaceutical industry has an important role in the UK economy. It is evident from the fact that the country has the third-highest share of global pharmaceutical R&D expenditures”.

“The UK is home to several large energy companies. It includes two of the six oil and gas “supermajors” – BP and Royal Dutch Shell”.

How can Euro Edu Visa consultants help you in the admission process?

Directly applying to a Uk university website through UCAS requires a deep study on your part. Because you are allowed to choose only 5 universities. There are almost 60000 different courses and 400 different institutions.

Unless you are clear about your goals, it will be difficult to choose a proper university. For applying to UCAS you need to pay fees.

Euro Edu Visa consultants, leading UK student visa consultant in Vadodara, guide students for getting admissions in Europe. We can guide you in the best possible manner to reduce your costs and fulfil your dream of study in Engineering, management, graduate, MBA, or any other.

We will review your documents before you submit them and try to guide you in removing the pitfalls if any.

Cost of living in the UK

Costs depend on the university, course and duration you have opted for. They vary between 10000 to 35000 pounds per year.

Cost of living in the UK

The average cost of living is 15000 pounds in London and around 12000 pounds per year in the rest of the country.

Steps in the admission process

Euro Edu consultants, the Best UK student visa consultant in Vadodara, help you in all the above processes and make it simple for you from the time of selecting the courses until you land in the UK and get accommodation.

How to apply to the Universities in the UK?

The Top 20 Universities of the United Kingdom

Timeline to be followed to get admissions in the UK

One year to 18 months before the enrollment:

Research on different universities delivering the course of your choice. Study their fee structure, course details in detail, note the deadlines for application.

Eight to ten months before the enrollment:

Once you have done preparations for the applications and narrowed down your search, it is time to draft your personal statement and prepare for competitive exams.

Ten months before the enrollment:

Apply for the required competitive tests.
Start to work on the UCAS application form. Collect brochures of different universities from the websites.

Begin applying for loans and scholarships.

Contact the persons whom you intend to show as references and ask them to give a reference letter on the organisation letterhead. Preferably the reference should be your past employer or a university head or a university professor.

Enrol for the course:

Apply within the deadlines prescribed by various universities.
Be prepared for any sort of verbal communication via phone or a webinar with the university authorities for an interview.

Keep an eye on your inbox. You receive the application status of being accepted or rejected through it.

Eligibility Criteria to study in the UK

The entry requirements differ for each university and each course. But in general, the following is the criteria.

Suitability of the candidate for the chosen course:

The university will judge from your records and the application whether the desired course will suit you.

Admission tests conducted by the Universities:

Often the universities take admission tests to judge the level of the candidates before he joins the course.

Candidates will be required to produce the results of IELTS, GRE, GMAT, TOFEL to get admissions. This needs to be approved by the UK visas and the immigration.

The university can then conduct a telephonic interview or make a video call to ascertain the genuineness of your application.

IELTS, TOEFL and PTE are standardized language tests.
Student can choose which test he wants to appear for.

Time required to prepare for the above exams:

It generally requires 2 to 4 months depending on your proficiency in the English language.

It depends on whether you want to apply for the September intake or the January intake in the university. The universities mention which exam results will be accepted for the different courses.

GMAT – The Graduate Management Aptitude Test is used to test the abilities of the MBA aspirant. It tests the mathematical, English and reasoning skills of the applicants.

GRE – The Graduate Record Examination is required for getting admissions in MA or MS.

You require at least 4 to 6 months for studying for these exams.

Scores needed by the Universities:

The average GMAT score accepted is 540 and the GRE score is 155 for verbal, 167 for quantitative and 5.0 for writing. Actual scores differ from university to university.

Times of Intakes by the Universities in the UK

The intakes for various courses are done in September and January.

Things to consider before you finalise a particular university 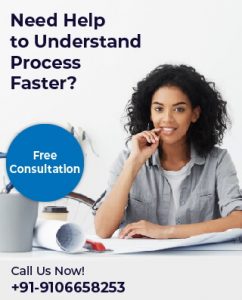